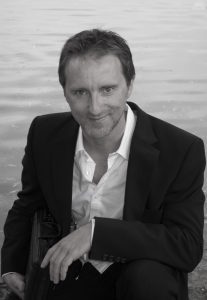 Principal oboe of the Royal Philharmonic Orchestra of Liège

Since 1994, Sylvain Cremers has been principal oboe of the ‘Royal Philharmonic Orchestra of Liège’ Wallonia-Brussels, Belgium. This achievement allowed him to have many chances to work with famous conductors and soloists. At OPRL, he played under the musical direction of Pierre Bartholomée, Louis Langree, Pascal Rophé, François Xavier Roth and Christian  Arming.

He has regular soloist activities that gives him the opportunity to collaborate with several well-known conductors including Armin Jordan (with whom he had the privilege of playing the Frank Martin concerto, accompanied by OPRL), Serge Baudot, Günter Herbig ( with whom he was invited to play Mozart’s oboe concerto and Haydn’s concert symphony), Frank Shipway, Rudolf Barshai and others.

In addition, OPRL gives the occasion to its musicians to travel around the world. Since 1994, the year Sylvain Cremers became member of the orchestra, OPRL has made tours in France, Germany, Spain, Croatia, Austria, Brazil, Argentina, Uruguay, etc.

To the website of the Royal Philharmonic Orchestra of Liège : www.oprl.be