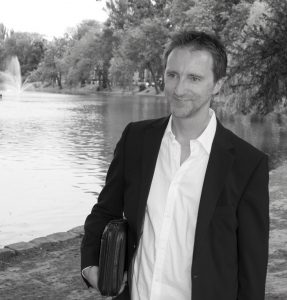 The educational and didactical activities are always of great importance for Sylvain Cremers.

As a consequence, he became successively Professor of oboe at the ‘Academy of Music’ of the German-speaking Community of Belgium between 1991 and 1997, at the ‘Higher Institute of Music and Pedagogy’ of Namur (IMEP) from 1994 to 1998 and once more since 2011 until present . Furthermore at the ‘Royal Conservatory of Brussels’ (1997 to 2000) and the ‘Royal Conservatory of Music of Mons’ (Arts²) since 2000 until now. In addition, he is regularly invited as guest professor to different masterclasses: Libramont, Malonne, Dinant, St Cast-le-Guildo (France), Pekin Conservatory (in 2002), Antwerpen, Roisin, etc.

At the ‘Institut Supérieur de Musique et Pédagogie’ (IMEP) in Namur, where Sylvain Cremers is main teacher of the Oboe class since many years, he has founded a double reed department in collaboration with the bassoon. A broad coaching team of professors and lecturers are working together to train future oboists. We are thus able to offer our students a varied and complete training in line with the requirements of the current musical life.